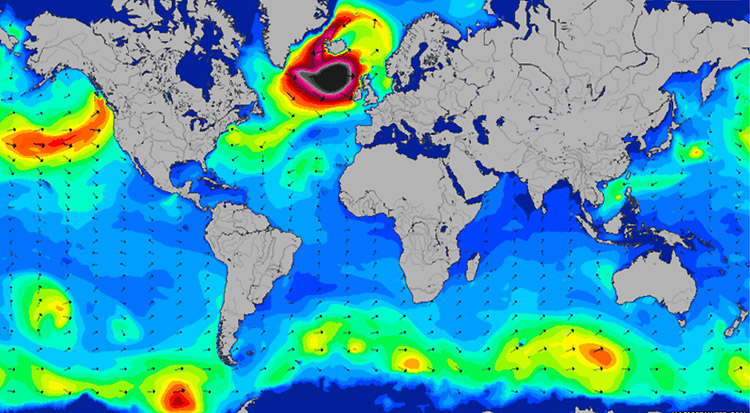 A look at the best surf forecast websites of the decade

Since recreational surf forecasting began in the late 1900s, there have been numerous attempts to create the one-stop, go-to website for all your surf forecast needs.  Before we dive into which surf forecast sites are best and deciding which best suits your needs - it's important to understand the history and to know where your surf forecast data is coming from...

To start you may think - oh Surfline must have been the first.  Not quite.  Actually, surf forecasting really predates the tech era by many decades.  Historians believe people tried to create surf forecasts during the same time that weather forecasting began.  This makes sense as many industries, including trade, could be massively impacted and cost companies/countries loads of money and resources.

Most of these surf forecast attempts were for deep sea waves, however, it wasn't until the 1980's that nearshore surf forecasts for recreational surfing really started.  Then in the 1990's with the help of the internet and venture capital - people began trying to monetize surf forecasting.  These forms of monetization differed - some offered local reports, other video streaming, and finally long-range surf forecasting.

What made these near-shore surf forecast so different then government agencies was their attention to specific break bathymetry and local wind conditions.  Many people may not realize that while there are plenty of surf forecast websites pushing for the BEST surf forecast tool in the industry - there are only a handful of data points that get this information - the 2 most used are the US Model (Wavewatch) and European Model (ECMWF).

So when you view your next surf forecast website, you're most likely just getting the companies interpretation of the data (usually using their own understanding of a specific surf spot).

Now without further ado - let's show you some of the best surf forecast websites out there today...

MagicSeaWeed - number of specific spots.  Owned by Surfline and much better in forecasting specific spot conditions.

Surf-Forecast - Not the best design but pretty good data.

If we forgot one, or you have any comments or suggestions please let us know!