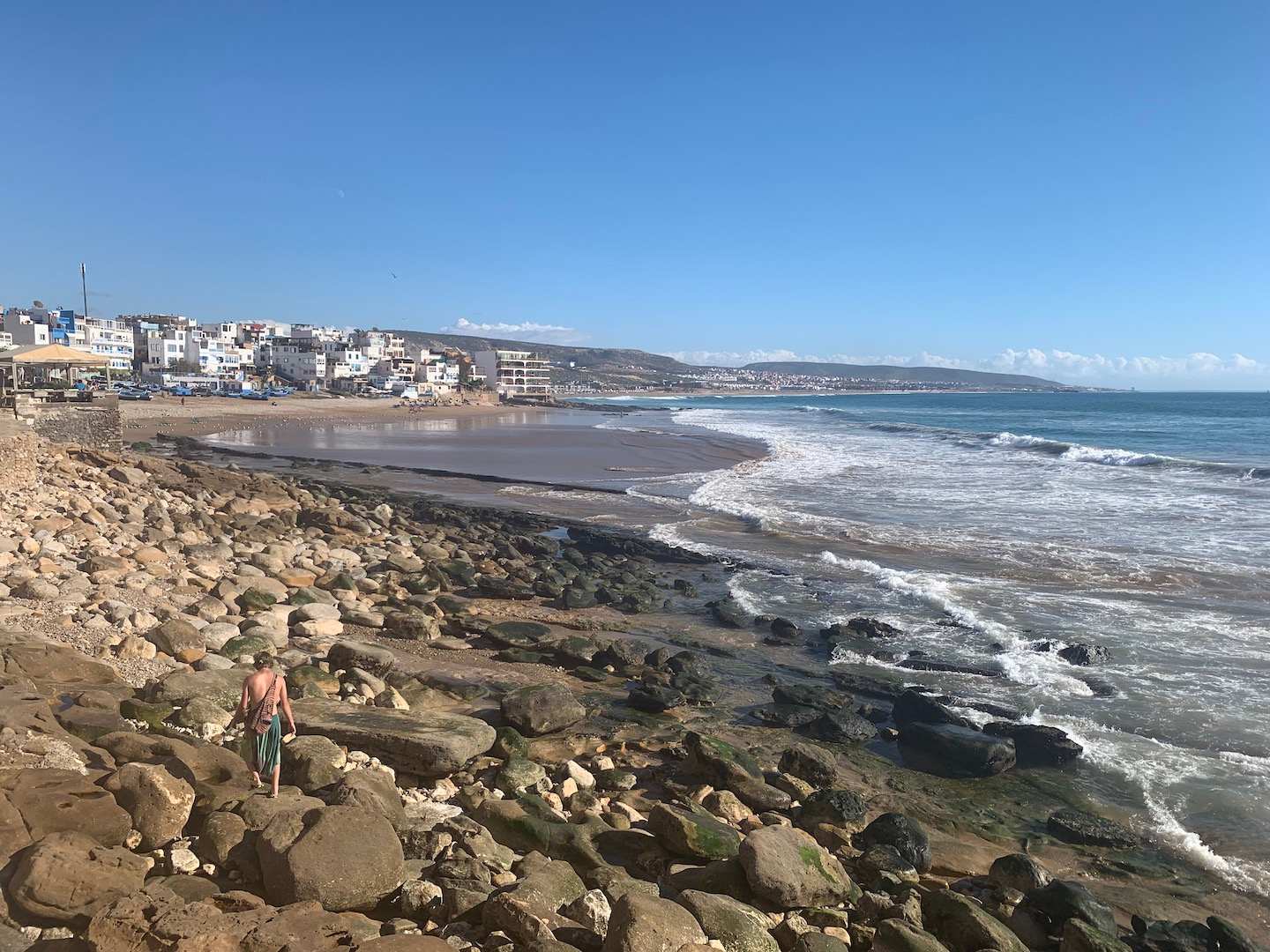 Taghazout Surf Spots and Other Tips About Surfing in Morocco

The Taghazout surf scene is in full force in 2019.

With 3 main spots: Anchor Point, Hash Point, and Panorama (Advanced to Beginner) the area around Taghazout has boomed in the past 5-10 years.

You'll find surf spots up and down the entire coastline of Morocco, however, accommodation and western-style amenities are harder to come by for long-term stays. The Taghazout Morocco surf scene is one of the easiest and most comfortable places to get your first introduction to surf Morocco. 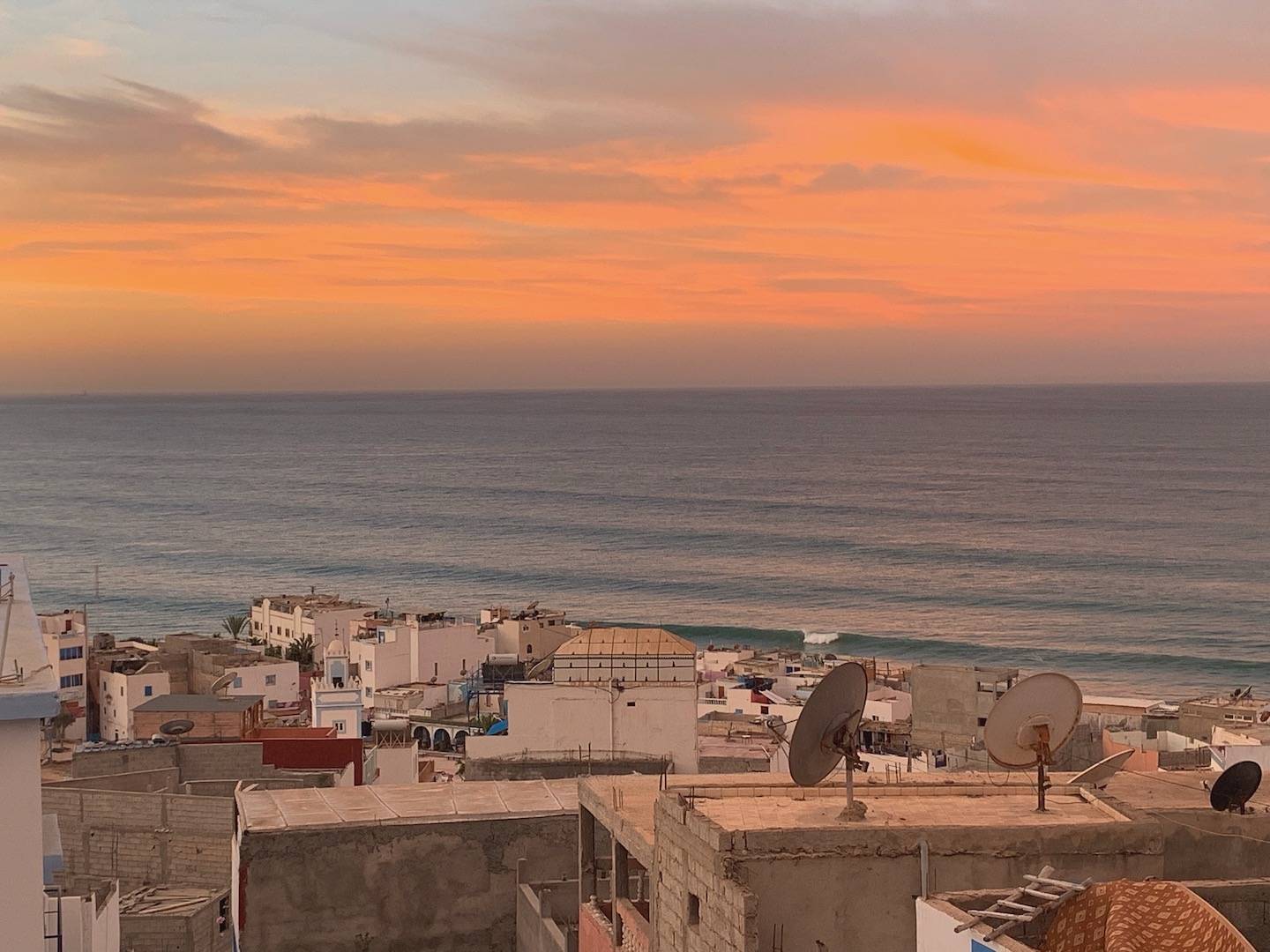 Panorama - The most beginner-friendly and the biggest beach in Taghazout/Tamraght. You'll find some of the most beautiful sunsets here, but don't expect to have one of the most epic surfs of your life. Panorama is a big open beach break with a small point along the cliffside. It is generally the Taghazout surf spot for camps and lessons.

Hash Point - Hash Point rarely works but when it does it can be a super fun right-hand, point break with less consequence than Anchor Point. It's conveniently located literally a stone's throw from all of the beachside restaurants in Taghazout.

Anchor Point - Probably the most famous surf spot in Morocco, Anchor Point has been featured in countless magazines, surf videos, and now bagillion Instagram stories. The wave starts at the tip of a bay and when it's working properly can hold up to 16+ ft and run for a few hundred meters. As performance and beautiful of a wave it is - there really aren't many 'critical' sections on the wave beside the take-off. Generally, it becomes super critical because there are so many people and locals fighting for position that people get pushed closer and closer to the rocks. 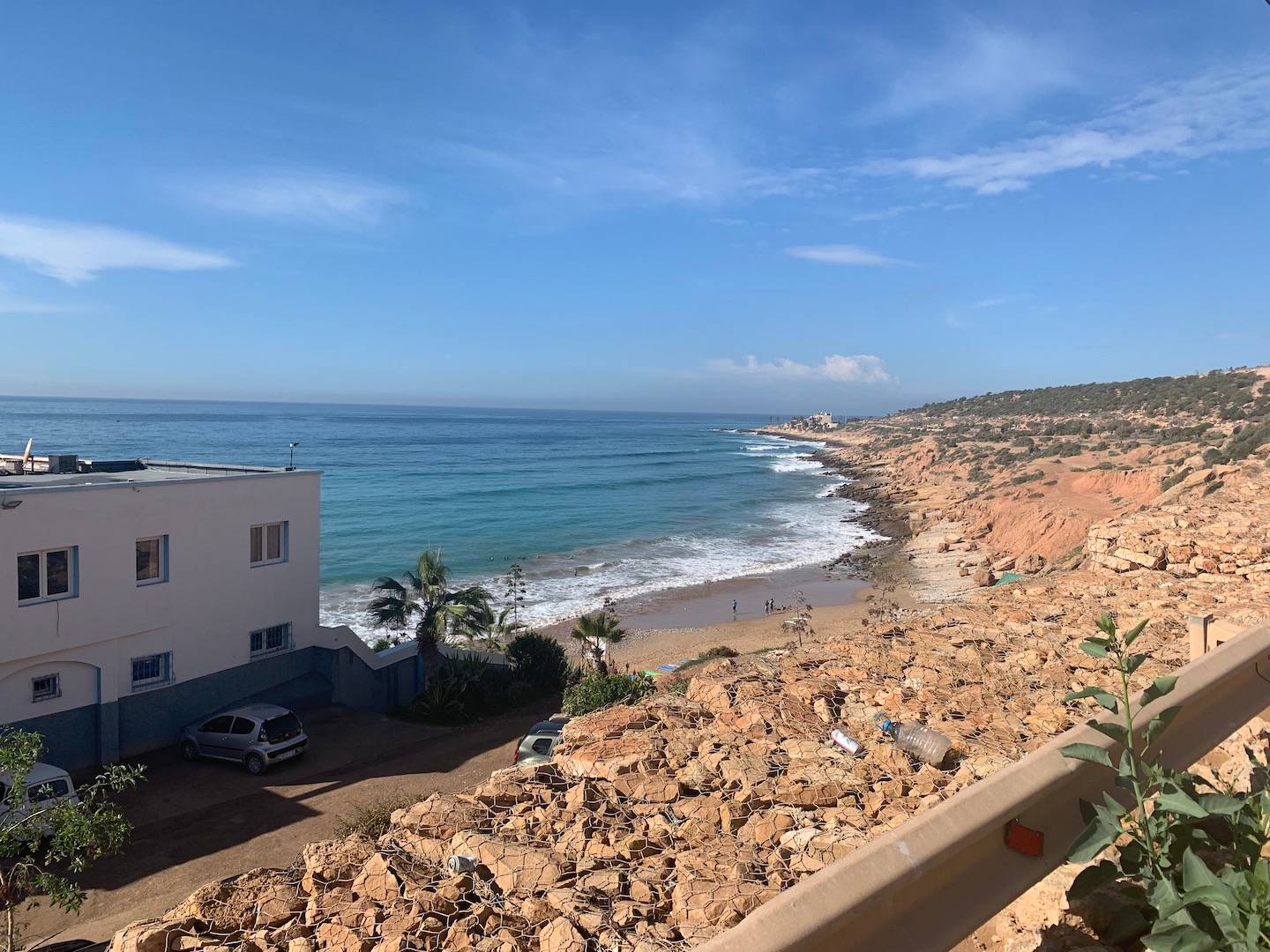 Taghazout is conveniently located about an hour from Agadir which houses an international airport (as well as one of the closest full stock booze locations near to Taghazout ;). If you’re feeling adventurous there are some Agadir surf spots that are less popular but just as consistent as the Taghazout surf spots. Don’t expect to stumble upon some unfound Anchor Point though as the coast around the city has been plenty searched. 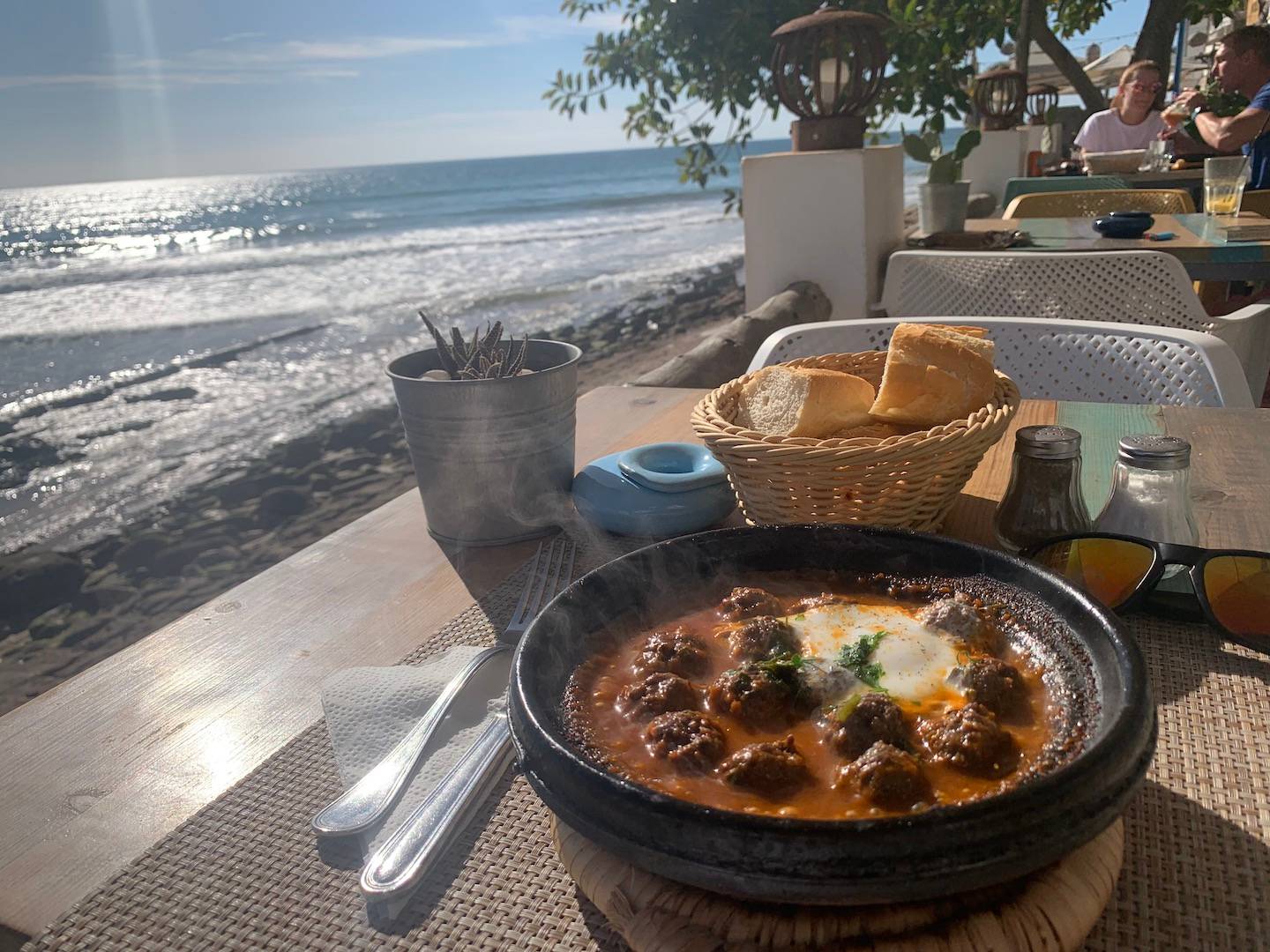 Just like anywhere else in the world there are a few different types of surf camps in Taghazout. Some more towards your first waves, others based on performance, and others just close to the beach. The surf camps linked below are some of the best camps to get the best out of your next Taghazout surf session.